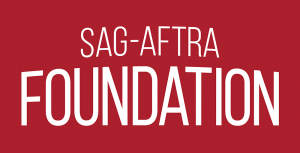 At its core, the job of an actor is to reflect humanity. Or, as Natalie Portman succinctly put it, “An actor’s job is empathy.” For the performer, this means more than just walking in someone else’s shoes; it requires us to inhabit experiences and perspectives that could be completely alien to our own. Join us for an exploration on the role of empathy in acting and how it can be accessed as a tool to enter the mind of a character and embody the experiences of others, in order to create a more meaningful performance.

Diana Castle
Diana Castle is a first generation American born of a holocaust survivor father from Warsaw, Poland and a mother from London, England. She attended fine arts high school at The Fine Arts Center of Greenville, SC before graduating with a BFA in theatre arts and a minor in music from Florida State University.

For 25 years, Diana has been mentoring talents in film, television, and theatre through her Imagined Life creative philosophy and practical application. Diana Castle’s The Imagined Life – Acting as the Art of the Empathetic Imagination, is a creative philosophy and practical application of your natural empathetic imagination to the art of acting. She teaches the art of the empathetic imagination with the focus on “illuminating alternative perceptions and possibilities of experience, facilitating catharsis and creating community through the widening of our empathetic embrace.”

Diana is featured on Deepak Chopra’s “30 Days of Intent” for The Chopra Well, writes for The Huffington Post, is an adjunct professor for Columbia College/ Raleigh Studios and is a mentor in the Creative Activist™ Program (CAP) at Creative Visions Foundation.

Dorit Cypis
Dorit Cypis is an artist, educator, and mediator. Her work, which explores themes of history, identity, and social relations, has been presented in diverse cultural contexts across the US and internationally since the 1980s.Moving fluidly between the studio and the street, Cypis’ career covers a varied landscape: performance, photography, and immersive media installation; curriculum development and teaching at colleges and universities; civic programs that engage conflict in order to build capacity for generative relations. At the core of all her work is an exploration of the artist’s role as creator, educator, mediator, and community-builder, asking the question: “Who am I to you?”

Cypis’ artwork has been exhibited at the Whitney Museum of American Art, ICA/Boston, the International Center of Photography, San Francisco Museum of Modern Art, Musée d’Art Contemporain de Montréal, Palais des Beaux-Arts, Brussels, Banff Center for the Arts, the Isabella Stewart Gardner Museum, Walker Art Center, Orange County Museum of Art, and the Los Angeles County Museum of Art, as well as in various galleries and community centers. She has taught on identity and social relations at numerous colleges and universities internationally and has presented her “Diversity + Difference” skills training and conflict engagement programs to civic, cultural, and educational groups worldwide. Her essays on identity, social relations, and conflict have appeared in journals and books on art and mediation.

Dr. Lisa Aziz-Zadeh
Associate Professor in the Department of Psychology at USC, Lisa Aziz-Zadeh trained at the University of California, Los Angeles, receiving her BA degree in Psychology with a minor in neuroscience, and her PhD degree in Psychology with an emphasis in Cognitive Neuroscience. She completed postdoctoral work with Dr. Giacomo Rizzolatti’s laboratory at the University of Parma (Italy), Dr. Richard Ivry’s laboratory at the University of California, Berkeley, and was a fellow at the UCLA Tennenbaum Family Creativity Initiative. She has published numerous papers and book chapters on the mirror neuron system, embodied cognition and language. In 2008-2009, she was an invited fellow at the Institute for Advanced Study at Berlin.

Moderator – Joey Borgogna
Joey is a social impact strategist and producer at the intersection of art, philanthropy, and community.

A graduate of the USC School for Dramatic Arts, Joey’s career in the entertainment industry includes experience as a talent agent, producer, director and actor. In addition to credits in Los Angeles and San Diego theatre, film and television, he has performed internationally in Kenya, Australia and Mexico. Most recently, he played role of the late Associated Press journalist, Hansi Krauss, in The Journey is the Destination, starring Ben Schnetzer and Maria Bello.

A lifelong traveler, Joey is inspired by the experiences and people he has encountered on humanitarian and cultural expeditions spanning 22 countries on 5 continents. He believes deeply in the spirit of Creative Activism and has been coaching artists in empathetic storytelling since 2002 through his work with Creative Visions, Speranza Foundation,The Nomadic School of Wonder and The Imagined Life.

In 2012, he produced the Los Angeles stage premiere of Carry the World: Women and Peace, Created and Directed by Imagined Life founder, Diana Castle.