Who Did It (alert) 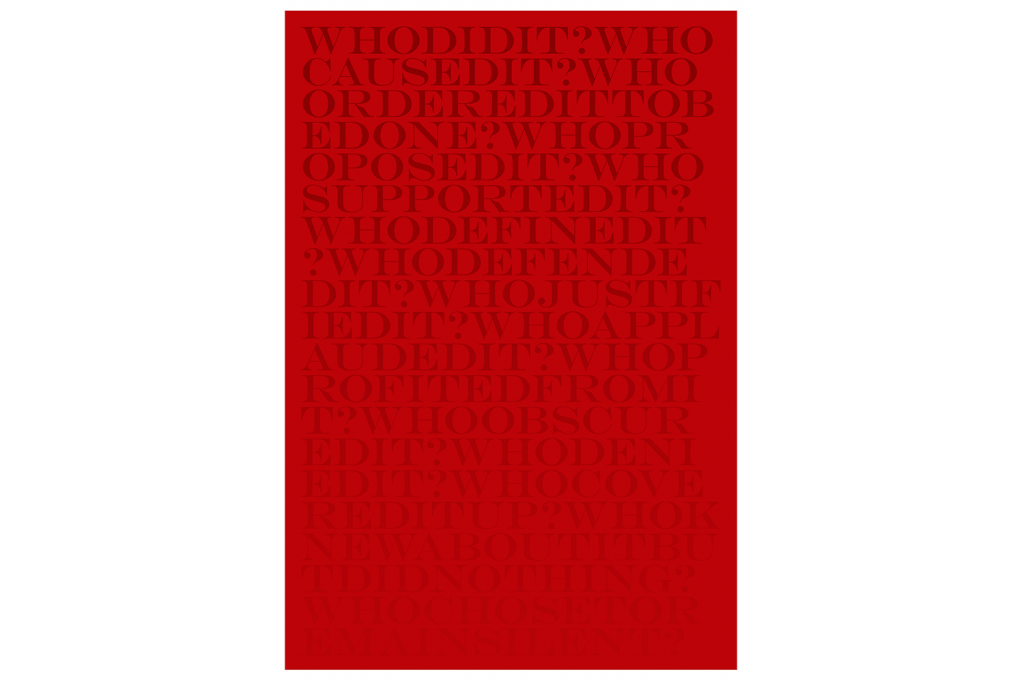 Who Did It (alert) makes simple words complex to read. The act of reading and seeing becomes very physical as the reader is challenged to experience the text directly and closely. The font, ENGRAVERS MT, is chosen for its classical ancient connotations. From page top to page bottom the text is printed in gradient colour saturation to disappear at page bottom. The 5 prints mimic the 5 colours of Homeland Security Advisory System instituted in the USA in 2002.

Who Did It (Alert: three colors we have never experienced), 2015 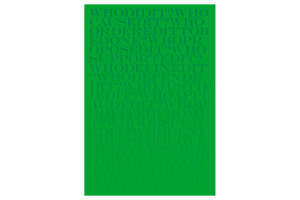 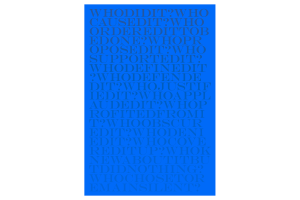 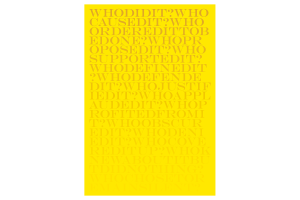 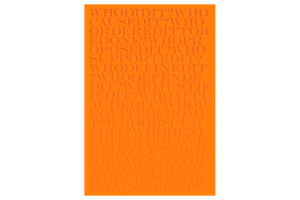 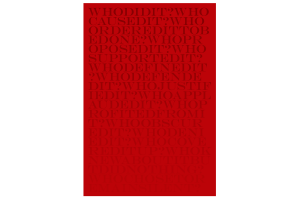